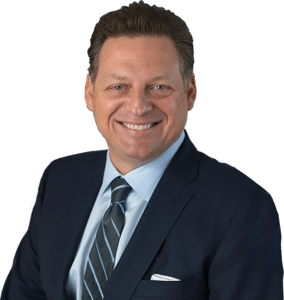 Unlike most states, Florida does not require drivers to purchase bodily injury liability insurance. Bodily injury is the auto insurance that is used to compensate a person if a driver negligently injures someone while operating a car. Florida law merely requires that a driver be “financially responsible” for any injury they cause while operating their vehicle—not to actually have insurance to pay for it. No, I am not kidding.

Though Florida drivers are not required to purchase bodily liability insurance, they are required to have $10,000 in personal injury protection (PIP) and property damage liability insurance coverages on their policy. This is, essentially, what the state feels is adequate to cover your own medical bills and lost wages should you find yourself in an accident, and adequate to pay for the other driver’s property damage if you were at fault.

Florida still utilizes an antiquated no-fault insurance system that requires injured drivers to file car accident insurance claims with their own insurer regardless of who caused the accident. The de facto way we do things here is that drivers file injury claims with their own car insurance policy first. Most injured Floridians do not like or understand why they must do this when the other driver caused the crash, and they are always concerned their rates will increase when they file the claim with their own insurer.

The longstanding Florida no-fault system is rife for fraudsters’ exploitation and leaves injured victims of auto negligence on the hook for unpaid medical bills and lost wages. Few victims of auto negligence recover full pain and suffering damages because there is usually inadequate liability coverage to pay those damages. Yet Florida has some of the most expensive car insurance policies in the country. And I am not alone in my opinion: last year in Senate Bill 54, our state legislature voted, almost unanimously, to repeal our no-fault insurance law and replace it with a modern mandatory bodily injury law. But in June 2021, Florida Gov. Ron DeSantis vetoed the bill, and Florida’s out of date and costly no-fault system continues to stand.

As a personal injury lawyer here in South Florida for the last 28 years, I see so many clients each year who cannot recover the full amount of damages they are owed from negligent drivers. I would estimate nearly 70% of the folks who hire me for injuries sustained in major car accidents are unable to collect what they are owed. Unfortunately, most Florida drivers will never recover all their damages if they become injured in a car accident.

Given DeSantis’ veto, our no-fault system is here to stay … at least for another year. As a result of our state’s failure to act in our best interests, I am calling upon our insurance companies to do better for their insureds. The state of Florida does require most drivers to purchase uninsured/underinsured motorist coverage (UM) to protect drivers from being injured by another driver who has purchased little or no bodily injury coverage. However, UM coverage can be rejected in writing by Florida drivers.

In the highly competitive rate wars among Florida car insurers, insurance companies often quote prospective customers rates that do not include UM in order to keep quoted rates low and appear competitive in the market. After most new customers agree to the low quote, they are then sent forms to e-sign. When it comes time for you to sign on the dotted line of a super long e-document that most do not read, insurers have their customers sign attesting to the fact that they are rejecting the purchase UM coverage. Most don’t even know they were supposed to have the coverage to begin with. To me, this system feels incredibly backwards and misleading. Insurers should all be uniformly initially quoting auto policies to customers that include the mandated UM coverages. Without the UM coverage, Florida families have to hope the negligent driver who injures them, or their family member, purchased the optional bodily injury coverage and purchased enough of it! That is usually a losing gamble in Florida these days.

I won’t hold my breath for our insurance companies to prioritize our safety over dollars, and you shouldn’t either. Our best line of defense is to protect ourselves with knowledge, and to do so before an accident happens, so that we can be in the best position to collect damages owed if we are injured in an accident. If you are purchasing auto insurance in Florida, I implore you to purchase as much uninsured motorist coverage (UM) as you can afford.

We also must continue to lobby our legislature and governor to remove the no-fault system and require bodily injury coverage for all, as is done in most states in our country. Florida’s current system and our legislature’s repeated, failed attempts to remedy it, is deeply damaging to the people of Florida. And to this end, auto insurance companies must remember that their job is to protect drivers on the road, not manipulate them out of needed coverage. It is my hope that we can soon join the rest of the country and transition out of a no-fault system to a modern bodily injury system, wherein the driver who caused an accident is in fact held accountable for all of the damages incurred.

This article was written by Boca Raton Personal Injury Attorney John Willis and originally appeared in the Daily Business Review on June 16, 2022.